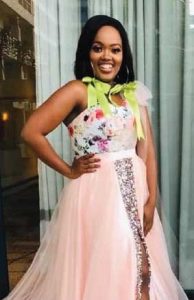 Born, bred and buttered in East London, Sibabalwe Makeleni has been a performing artist since a very tender age. She currently works as an independent theatre practitioner, singer, voice over artist and a master of ceremonies. Her love and continued involvement within the performing arts serves as the driving force behind her passion for skills development within every student that she teaches.

Sibabalwe currently holds a Bachelor of Social Sciences degree from Rhodes University where she triple majored in Dramatic Arts, Political and International Relations and Industrial Sociology. In 2016 she continued onto to complete her Post Graduate Diploma in International Studies at Rhodes University. Throughout her Dramatic Arts studies she trained under the tutorage of various teachers such as Andrew Buckland and Alex Sutherland. As an ambitious, active and highly spirited teacher, her classes focus primarily on the principles of performance and technique within drama. Her theatre performance experience includes various roles such as playing a leading role in a musical revue show directed by Marc Williams as well as playing the role of Nurse Dudu in the Rhodes Theatre production of ‘Curl Up and Die’ which was directed by Cassandra Hendricks.

Her talent as an artist has not only afforded her opportunities on stage as an actor and singer but has also opened her up to various opportunities as a highly acclaimed master of ceremonies and voice over artist. She has gone on to host numerous events on various platforms within the province such as the Eastern Cape Arts and Culture Awards and the Miss Eastern Cape Beauty with a Purpose Pageant where she hosted alongside actor and YouTube sensation Moshe Ndiki.

Her activism and passion for justice and development has afforded her attention within media spaces. It is within theses space where she has been regularly requested to share insights and engage in robust debates on issues of national importance mainly on the Gauteng based radio station POWER 98,7. Between 2017 and 2020 she had the opportunity of working as an Intern for the Eastern Cape Department of Sports, Recreation, Arts and Culture. It is here where she was assigned to focus is on developing and providing platforms for artists. In working with artists from various communities she developed a passion and deep appreciation for performing arts development and is aiming to contribute to the new up and coming generation of highly skilled artists.